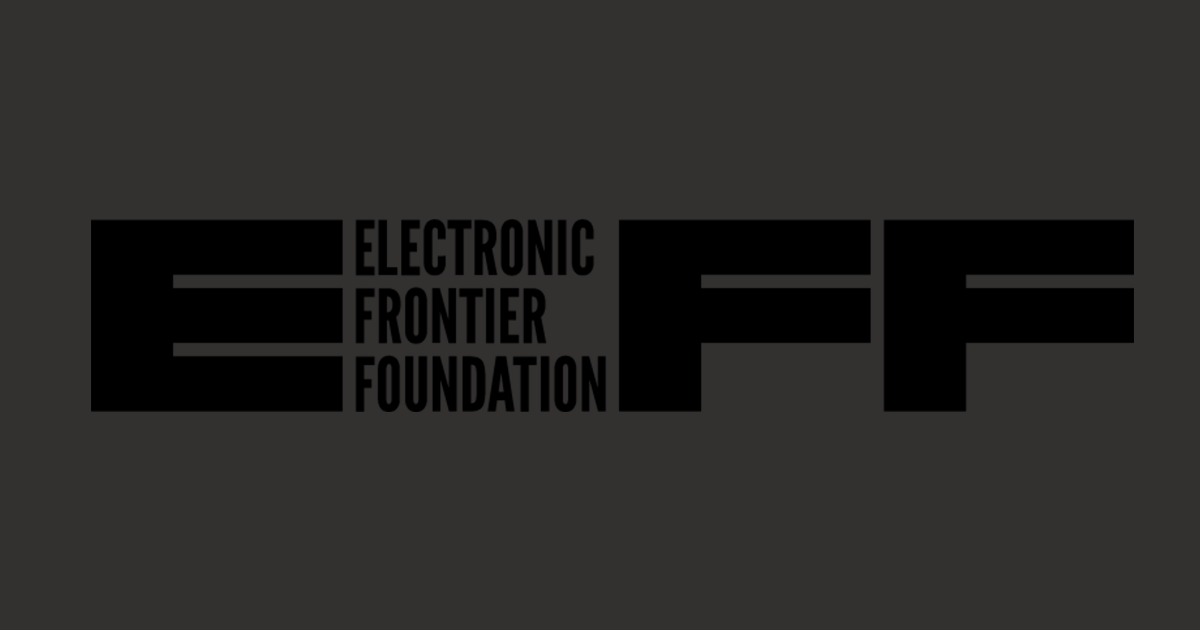 Who Needs The Electronic Frontier Foundation?

It turns out we all need the EFF, even if you didn’t know it. Here’s why!

Isn’t that how most great things start? An FBI agent showing up at your doorstep inquiring about the theft and dissemination of Macintosh source code? Not exactly. But that is how it started for John Perry Barlow when he decided to found the Electronic Frontier Foundation in July 1990 with John Gilmore, Mitch Kapor, and Steve Wozniak.

Barlow was innocent of any wrongdoing but sparked by this event these individuals realized there was a disconnect between governmental authorities and understanding of this new digital world growing around us in relation to our constitutional freedoms. In Barlow’s words he explains, a “great paroxysm of governmental confusion during which everyone’s liberties would become at risk”.

Initially they created a legal defense fund to help out fellow programmers they deemed innocent who were targeted by Secret Service raids in the early 1990s.

Since then EFF has become so much more.

Now a 501(c)(3) nonprofit organization and armed with a team of it’s own lawyers, EFF:

Since it’s inceptions, EFF has contributed to a number of landmark cases:

MGM v. Grokster
The nonprofit protected developers of peer-to-peer software from incurring legal action for copyright infringement of it’s users all the way up to the Supreme Court.

Steve Jackson Games v. Secret Service Case Archive
EFF set precedent that it is unlawful for the government to obtain and read private email without a warrant.

Barrett v. Rosenthal
EFF helped maintain Section 230 of the Federal Telecommunications Act of 1996 which kept publishers from being held liable for allegedly destructive content posted by other individuals.

Doe v. Cahill
Through friend-of-the-court briefs, EFF successfully protected the identify of an anonymous blogger in an ill-conceived defamation case. A win for First Amendment rights and blogger’s rights. A first of its kind in Delaware Supreme Court.

U.S. v. Councilman
Through briefs filed to the First Circuit Court of Appeals, EFF helped establish that email providers could not spy on your emails in transit.

U.S. v. Doe
EFF helped to maintain that the Fifth Amendment protects an individual from being forced to decrypt data on their devices.

U.S. v. Jones
Via amicus briefs, EFF persuaded the U.S. Supreme Court that U.S. Citizens are protected under the Fourth Amendment that GPS surveillance is considered a “search” and unlawful without warrant.

Apple v. Does
EFF defended online journalists and protected their rights to source confidentiality as traditional journalists do.

It is self-evidence that the Electronic Frontier Foundation is indispensable to protecting our online freedoms. Taking into scope all that EFF has contributed, it’s a wonder that they are not a household name given all the victories they have given the American people and citizens at large. One thing is for sure, we all need the EFF.

If you find what EFF is doing important, consider donating today!