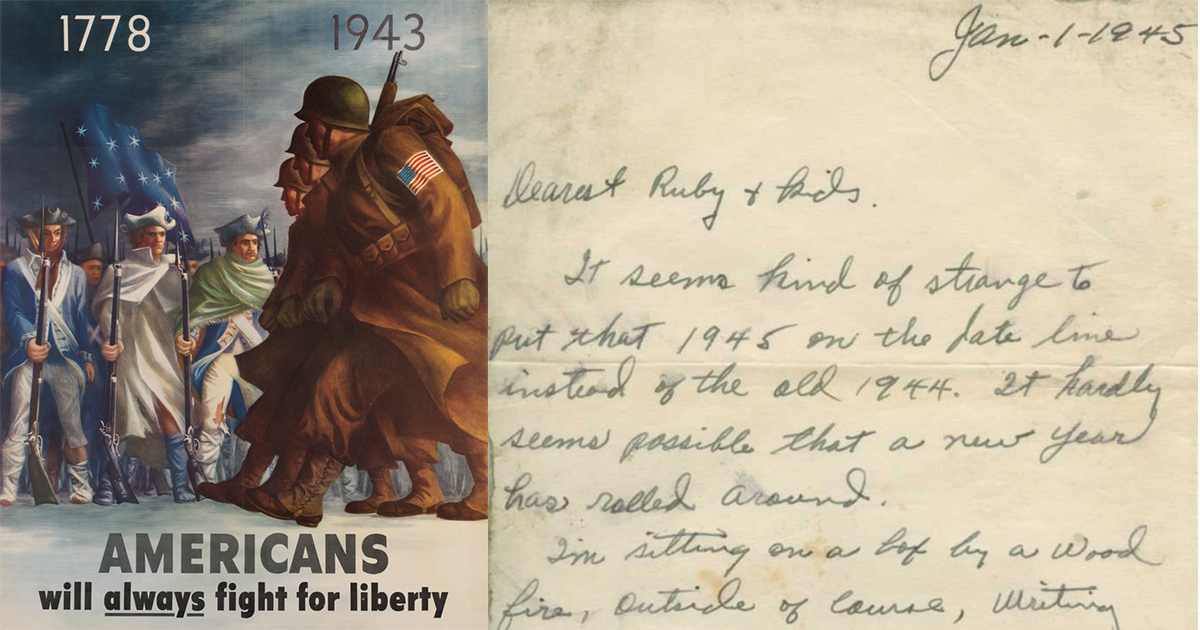 What We Can Learn From The Letters Of Bastogne

In December 1945, the Germans were launching their last major offensive attack known as the Ardennes Counteroffensive. This offensive covered the Ardennes region of Belgium, Luxembourg and France. At this point in World War 2, the Americans where in some of the fiercest fighting after the major victory of the Normandy landings and slow march towards Berlin.

What can we learn from the letters sent back home from these soldiers at that time?

Our soldiers in France

In France, the Siege of Bastogne was in swing with Germans taking advantage of diminishing troops before the Allies could successfully retreat and wait for more air support. If it were not for the American soldiers defending this front victoriously, the Allies would have lost significant ground and potentially lost World War 2. This was a pivotal point in the war. Yet some of the most gruesome battles thus far on the European front.

Most front line soldiers were constantly being shot at from infantry, dodging mortar fire, hiding from bombs dropping from aircraft or navigating land mines day in and day out. Each new day was another day they could see one of their combat buddies die in their arms. Possibly, themselves.

For these brave men mail was the lifeline to home. They could stay connected and have some idea to what is going on with their families back in the States. Getting a letter from home was one of the greatest joys and support for a soldier. But what would they write back?

These men had a choice.

Should they tell the truth and write back about all the horrors they were going through? That they didn’t know if they would survive the next day? Or about enemy bombs dropping all around them and all they can do is shelter and pray to God they will live through it?

The other choice is to lie to your family. Tell them that your detail is a breeze. That you are barbecuing every weekend. That you haven’t seen much combat. Anything that doesn’t have to do with war and you being in danger.

It has always been one of the paradoxes I love to think about on Memorial Day.

Looking back at these old letters, I marvel at the discernment that some of these soldiers had at such an early age. In both of the following cases, these soldiers were defending against Hitler’s last offensive, and chose not to let their family know how bad the Battle of the Bulge really was.

I’m spending a lot of time lately reading my issue New Testament and planning what courses I’m going to take when I get back to school. Boy will I work this time!

You wonder if Private MacLachlan’s mother read through the lines? What teenager spends a lot of time reading the Bible around a bunch of other boys? How long does it take to plan courses for college?

Some fellows went out, cut a few small evergreen trees so with a collection of trimmings from the surrounding wrecked houses they have added the beauty in Christmas with a tree

Private Schwartz makes an dangerous exploit of getting a Christmas tree during a major war sound like no big deal. But a decent Christmas for all. You wonder if they did it just to write back home about.

I doubt anyone would believe what these soldiers did was wrong. I think this is one specific time that lying would be an acceptable and necessary option. To shield your family from something they have no control over is indeed a virtue.

I will always respect these American soldiers not only for their brave service but that they didn’t put their parents through the grief and worry that their child will not make it home. That they will not be permanently disfigured or suffer mental health issues when they get back home. Of course American mothers and fathers worried about their sons overseas fighting but this is class for these soldiers to spare the terrible details.

The love these soldiers had for their families is overlooked when reminiscing on the Greatest Generation, but that is what I am reflecting on for the Memorial Day. It speaks to what the heart and soul of what America really is. Love.